First, I pray for God’s blessings and comfort upon the family of Ruth Bader Ginsburg. She fought a long, hard and brave fight not only to stay alive, but to stay at her post, doing her duty. I honor her, and I feel for her loved ones.

After that, I pray for the country. Because this is an awful time to be having a big fight over a Supreme Court vacancy. I’m sorry for the country’s sake that we’ve lost Justice Ginsburg. But I’d be saying that, and feeling that, if it were Justice Roberts, Thomas, Breyer, Alito, Sotomayor, Kagan, or, yes, Gorsuch or Kavanaugh. 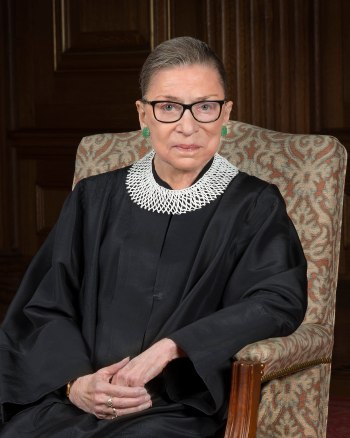 We just do not need this now. Our attention needs to be on saving our country, by electing Joe Biden to replace Donald J. Trump.

Joe Biden is the candidate of the things that unite us. That’s what he’s about, and what he appeals to. Donald Trump is precisely the opposite. He has based everything he is, politically, on the things that divide us. He needs us to be at each other’s throats.

And of course, nothing divides us like a battle over a Supreme Court seat. On that we can rely, and it has been thus ever since 1973.

This is why he so absurdly released a list of potential court nominees last week. We all ignored him, because it’s hard to imagine much that he could have done that would be less relevant — last week. He and his supporters were so upset that they didn’t get to provoke Biden into putting out a list, so we could all have a great, big fight over the lists — a huge, divisive fight over something that might happen next year, or the year after or the year after.

Of course, the stage was fully set for this to be horrible even without Trump in the White House. Even before that great misfortune befell us, we had learned that Mitch McConnell was a man without a conscience, a man with absolutely no sense of duty or responsibility to his country. For him, all that matters is his party and its ideology.

His refusal to even consider a qualified nominee put forward by the president of the United States — his clear responsibility under our Constitution — was one of the most shocking, nakedly unprincipled things I had seen in our politics for many a year. We’ve put it out of mind with the multiple daily outrages of the current president. We’ve gotten used to thinking, several times a day, “Is it all falling apart? Can someone actually do these things to the country with impunity?” But at the time of what McConnell did, those were fairly new questions to be asking ourselves.

And now, it’s hitting the country with full force, right in the face. If there was a single GOP loyalist out there who sincerely believed that it was a matter of principle for McConnell not to consider a nominee only eight months before a presidential election, that fool now knows what he is.

Oh, for those of you who don’t know who I am writing this: What I say is not about Merrick Garland. To me, there’s not a great deal of difference between a Garland and, say, a Gorsuch. Both were, as far as we could see on the surface, qualified nominees. They both deserved the same careful, deliberate courtesy from the Senate. (Oh, and for those who really don’t know me — if it’s about where a nominee stands on abortion, I’m on the pro-life side. But it’s not about that, to me. It’s about qualified justices deliberating and deciding difficult issues based on the law — not us deciding it all for them ahead of time. If we do that, we’re betraying the Constitution. No, I don’t think the Court was right on Roe, or on Griswold. But I don’t think ideologically stacking the Court is the answer. Both sides trying to do that has driven us to this moment.)

If McConnell had a ghost of a point in his favor in 2016, it would have been that a Senate nomination should not be rushed.

But we’re assured that, while it’s unlikely that the Senate would do the deed before the election, it seems clear that McConnell intends to see to it that a lame-duck Senate confirms the nominee of Donald J. Trump. Even if Trump has lost the election, and McConnell has lost his majority.

Of course, we don’t know what’s going to happen in the election. But we now know that the bitterest warriors of left and right are going be be charging out onto the field, and that everything just got uglier…