Oh, you thought I meant The State? No, no, no, I meant the comedy troupe, “The State.”

I appreciate them going to the trouble to get together and do this, even though only one of them even momentarily wears a mask. Of course, they did it on Instagram, making it harder to just grab the video and embed it, and they also called The other State South Carolina’s oldest newspaper, which it isn’t, but why would you expect them to know better? They’re actors.

However, after an instant’s reflection, they did have the sense to back Jaime, which not all actual newspapers had the sense to do, so let’s give them some credit.

And it’s good to see them together again. I’ve often wanted to use a clip from that series on the blog — such as the practical advice of “Pants,” or “Prison Break,” which if you recall was made impossible by the fact that the open road was “off-limits” — but have had trouble finding them online.

It’s been so long. The series goes all the way back to the days when MTV was still watchable, and rock ‘n’ roll was still alive. 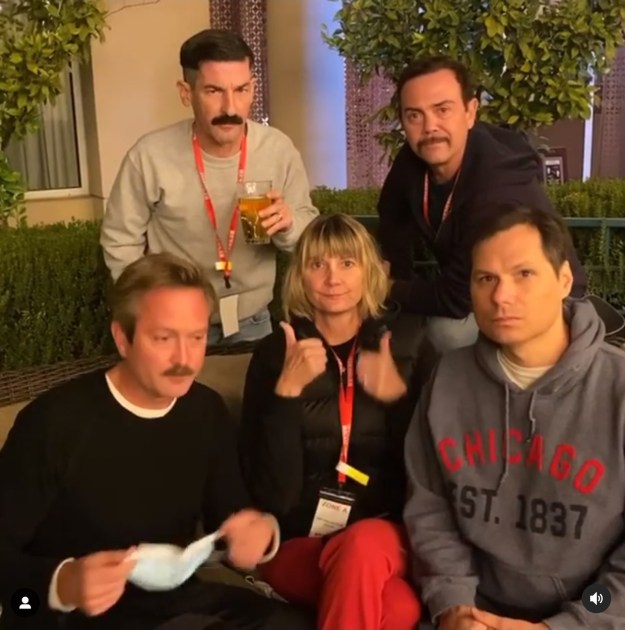 2 thoughts on “‘The State’ emerges from extinction to endorse Jaime”