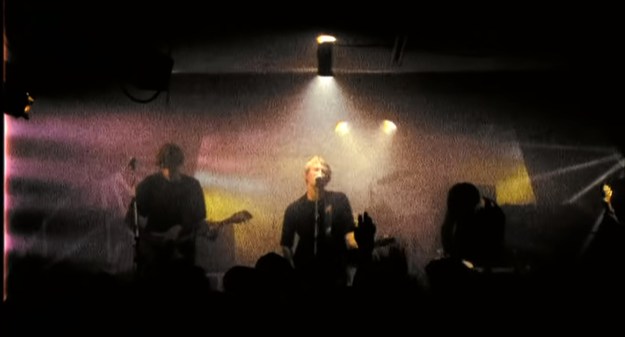 You can get a lot of nominations for this. Don McLean seemed to think it died with Buddy Holly — but you know, there was still a lot of great stuff after that.

Of course, we can argue all day what “rock ‘n’ roll” means. It gets confusing. For instance, back in the ’60s and I suppose into the ’70s, we sort of relegated the term to that “old stuff” from the ’50s. Elvis, Little Richard and the like. Buddy Holly, of course. Wonderful stuff from history, to be sure, but terribly dated. What we listened to in those days was “rock,” preferably “album-oriented” stuff, via FM — by the ’70s, anyway. “Rock” was cooler, more refined, more sophisticated than those 3 minute-and-shorter bursts of exuberance from the ’50s.

But then, it crept back into our language. We were listening to something that had always been (in our foolish young minds) and always would be (in our innocence). Little did we know that we would live to see it die, and be replaced by the kind of frothy, commercial, packaged pop that used to dominate radio and TV variety shows before The Beatles.

We resisted it, in waves of rock ‘n’ roll fundamentalism. There was punk. Then later, grunge. But grunge came at the very, very end. After that, there were good pop songs to be sure, but rock ‘n’ roll? I don’t think so.

By the term, I sorta think what I mean is guitar bands, although not exclusively. There’s a certain loudness and wildness to it, although not always. It’s definitely male-dominated, being a sort of semi-constructive (by comparison to other, less-savory, behavior) outgrowth of what happens to boys in their teens — although we also thoroughly enjoyed “Blondie” and Joan Jett and Tina Turner and Janis Joplin.

Anyway, I know what I mean. In my last post I made a passing reference to “The State” being on MTV when “rock ‘n’ roll was still alive,” and then noticed that the series came along in 1993, and thought harder about it, and realized that may have been the year it all ended.

If so, it went out with a bang. Here are some of the top songs from that year:

Yeah, I know UB40 was reggae, but I wanted to include it because it was good, and because it harked back to the beginnings of rock ‘n’ roll, to the King himself, which seemed fitting.

Anyway, Google the top songs of 1994, and you’ll see a big drop-off. Sure, there’s stuff like Beck’s “Loser,” and indeed there was some decent stuff leaking out here and there over the next few years. But the age of rock ‘n’ roll was over. And in late-1960s terms, the age of just plain “rock” was done.

Note that I didn’t pick anything from when I was a kid. I’m not claiming that 1971, the year I graduated from high school, was the last cool year or anything (although it was pretty great — think “Sticky Fingers” or “Who’s Next,” or Leon Russell). Rock stayed alive through the 1970s, producing some wonderful stuff like Elvis Costello. And then music got a shot of adrenaline stronger than anything they gave Trump at Walter Reed when music video exploded in the ’80s. I was busy being a Dad and a newspaper editor then, but I thoroughly enjoyed it.

But I think 1993 — coincidentally the year I turned 40 (on that birthday, the Battle of Mogadishu happened) — was the end. Since then, we’ve been crossing a long, dry desert.

At least, that’s what I’m thinking at the moment. What do you think?