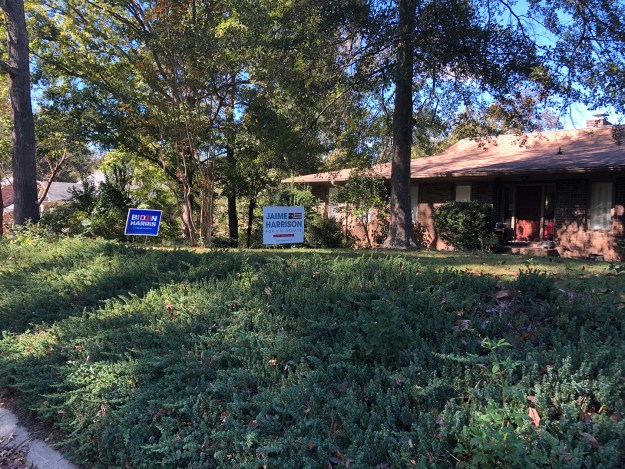 Here’s some good news: Remember the Biden sign in my neighborhood I mentioned that seemed well positioned, but then disappeared? Now it’s back…

This is just a quick note to let y’all know why you’re not seeing much from me in these last days before the most critical election of our lifetimes.

My brother-in-law suddenly died in Memphis, and we’re preparing to get on the road and go there for the funeral. We haven’t been thinking about much but that, and won’t be until the election is over. This is all we have room or time for right now.

Not that the last-minute election insanity hasn’t been going on around us anyway:

Anyway, I’ve had enough of it. I’m so ready for these horrible four years to be over. Maybe, by the time we’re back home, it will be. I hope and pray so.

I’ll end with this, one of my favorite things I saw today:

The guy is just plain cool. I mean come on man! pic.twitter.com/5nDj8uf2jI

7 thoughts on “In these last days…”