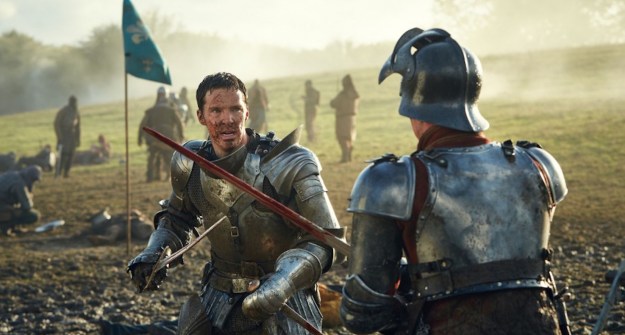 Benedict Cumberbatch as Richard III in “The Hollow Crown: The Wars of The Roses.” We don’t need this…

This is a very dangerous time, a time no Americans have faced before.

A rough beast squats in the White House, refusing to move, even though it’s his time to slouch off (is it OK to mix references to Shakespeare and Yeats, or is that kind of like confusing metaphors?).

Almost half of the country (thank God less than half) voted for him, and has been brainwashed by him into utterly rejecting reality. And now he is rejecting his own rejection. We have never seen this before, ever. And we have never had so many people seemingly ready to accept something so profoundly, shockingly unAmerican. Now is the winter of their discontent, and they are acting as though they wish to bring the cold dark upon the whole country.

I referred to this in a tweet last night:

Up to 2016 I had the privilege and blessing of living in the United States of America. Now Donald Trump, who got the votes of almost half the country, is doing everything possible to transform us into the England of the Wars of the Roses. Not a promising prospect…

Four years ago, I flirted with the idea that maybe — in a vain attempt to embrace their duty as Alexander Hamilton conceived it — presidential electors should refuse to vote for Trump.

I realized I was wrong — partly in response to comments some of you, such as Phillip Bush and Dave Crockett, posted to correct me — and did something you seldom see me do: I wrote and published a separate post saying I was wrong, and why. In other words, I did what we’re all waiting for Trump’s supporters (not so much the man himself; let’s not expect too much) to do — I came to my senses.

Aside from the guidance from some of you, I was influenced by the fact that I had been watching the second half of “The Hollow Crown,” a brilliant compilation of eight of Shakespeare’s history plays — from Richard II to Richard III — telling the horrible story of the Wars of the Roses.

I highly recommend the two series. After watching that second one (the three Henry VI plays and Richard III) I put the first series (Richard II through Henry V) on my Amazon gift list, and someone in my family was was kind enough to get it for me. You really should try watching them, particularly the bloody second batch.

That, and my more personal wanderings through history compiling my family tree, impressed me more than ever how fortunate we were to be living in the world’s oldest and most stable liberal democracy. As I wrote at the time:

For so much of human history, no one had much of a sense of loyalty to a country, much less to a system of laws. They couldn’t even be relied on to be loyal to a certain lord for long. Everybody was always looking for the main chance, ready to kill to gain advantage even temporarily.

Our 240-year history, our country of laws and not of men, is a blessed hiatus from all that. We may descend into barbarism yet — and yes, the election of a man who shows little respect for the rule of law is not a good omen — but so far the Constitution has held….

At least, it had held up to that point. But it hadn’t been tested yet the way it’s about to be tested… 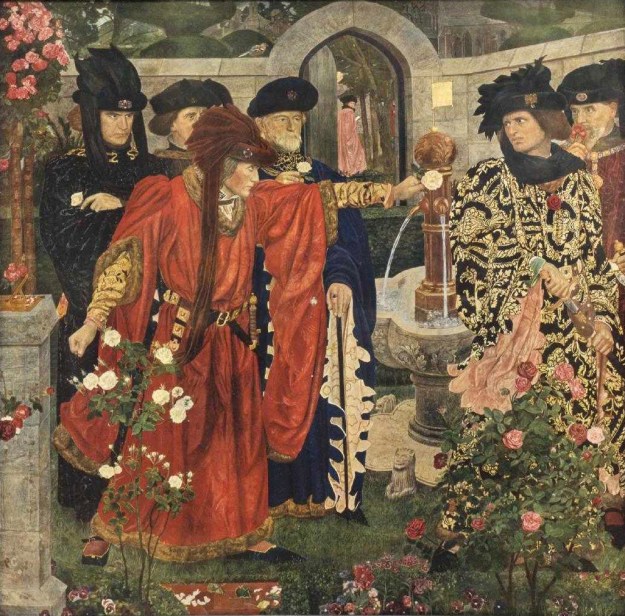 “Plucking the Red and White Roses in the Old Temple Gardens,” by Henry Albert Payne

58 thoughts on “Now is the winter of their discontent… apparently”