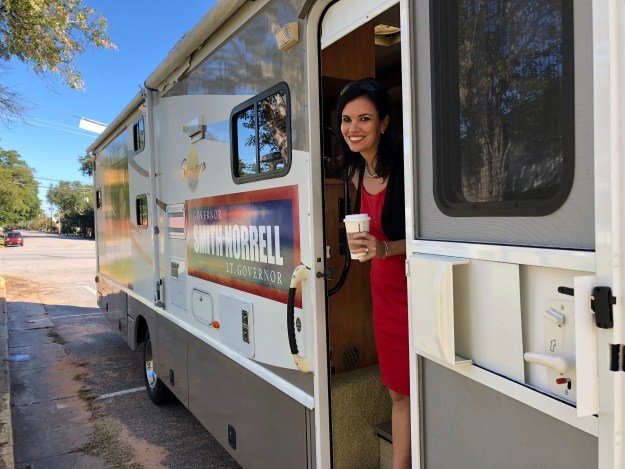 Why did I agonize the way I did over the fact that all four people I’d be voting for this year were in the same party? Because I know what a destructive thing the practice of straight-party voting can be.

Yes, I examined each choice I was making with the usual care, and was satisfied that in each case, I was making the right choice:

The fact that all four were Democrats was in part incidental, and in part the result of the utter degradation of the Republican Party in the age of Trump. I am pleased with the choices I made, and sorry that only half of them won.

But too many people don’t go through all that. They just vote for one party or the other, rather than for candidates. In South Carolina, we even offer people the opportunity to do it by pressing a single button, which is appalling. Anyone who takes advantage of that “convenience” is completely throwing away his or her responsibility to careful consider how to vote. Do that, and you’ve let the parties think for you.

Yeah, I know: Some of my regular readers do it, and feel no shame for it. If I recall correctly, the ones I’ve heard from tend to go for the Democratic option. I invite them to consider what a gross practice this is by contemplating the harm Republicans did this year when they did the exact same thing.

There is no way, no way at all that such people as Vincent Sheheen and Mandy Powers Norrell were turned out of office as a result of voters actually comparing them to their opponents and finding the incumbents wanting. That’s impossible. I’ll use Mandy as an example of what I’m talking about.

She is a Democrat who has been repeatedly returned to office by her Republican neighbors. She is one of them, born and raised in the district. Her family worked at the textile mill, and she worked her way through to become the first in her family to graduate from both college and law school. As a municipal attorney, she was thoroughly immersed in practical, nonideological local issues for years before going to serve in the General Assembly. Her commitment to Lancaster was deep and profound. I used to worry about her in 2018 because at the end of unbelievably exhausting days campaigning across the state, after she had pulled back into Columbia with the rest of us late at night, she would drive home to Lancaster. And then she’d drive back to start again before the sun had fully risen again. Day after day.

As for her opponent…. well, her qualification was that she was a Republican. She moved to the community from South Florida in 2006. But she’s a Republican, you see. Let me show you something else. Watch the video clip attached to this tweet:

Question: What budget challenges does COVID present and how do you propose to handle them? Please listen as my opponent and I answer this question. pic.twitter.com/YvMoPWjrLf

And here’s another one:

On the issue of Vouchers and School Funding, I was surprised at what my opponent had to say. Listen to our responses in this clip. pic.twitter.com/zyxn7Zek3b

Yeah, Mandy herself chose those clips, and did so because they showed her at an advantage. But here’s the thing: I know her, and I know how smart and dedicated she is. That’s the way she normally answers questions. Maybe her opponent sometimes sounds smarter and better informed than she did in those clips. But I’ve looked over her website and her Facebook page and I don’t see much sign of it. I just see lip service given to national GOP talking points, and no indications of an understanding of the issues facing South Carolina, much less Lancaster.

In other words, I see things aimed at the buttons of a straight-ticket Republican voter, period. And a particularly ignorant one at that — the type who thinks “defunding police” is a burning issue in the State House.

Can you imagine the votes for Mandy’s opponent were based on her being better suited, personally, to the job? Maybe you can. I cannot.

Let’s talk about Vincent Sheheen, one of the smartest and most earnest members of the Senate. Actually, I’ll let my friend Cindi Scoppe talk about him. I urge you to read her column about Vincent’s defeat, headlined, “This was South Carolina’s worst surprise on Tuesday. Nothing else came close.”

Some excerpts, among description of Vincent’s accomplishments over the years:

Come January, Mr. Sheheen will no longer be there to serve as a bridge between the races and the parties and the House and Senate. He will no longer be in a position to work through the big problems that most legislators don’t have the capacity or temperament or relationships to work through. Because a red wave swept over Kershaw, Chesterfield and Lancaster counties on Tuesday, as the nation’s most expensive ever U.S. Senate contest drowned the electorate in a $230 million hyper-nationalized stew of partisanship that purged voters’ appetite for local issues or the merits of individual candidates….

One news story described Mr. Sheheen’s defeat as “arguably one of the most stunning legislative upsets for Democrats for this cycle.” It’s not. It’s clearly the most stunning upset for any S.C. politician this cycle, probably this century. And the most devastating for our state.

It’s an obvious loss for Democrats. But it’s also a loss for Republicans, and all of us, because Mr. Sheheen was among a small handful of legislators who went to Columbia not to be somebody important but to do something important. And at that, he was remarkably successful.

No, I don’t know how many of the people who did this damage to South Carolina by voting Vincent out were voting straight-ticket. But the numbers suggest that few could have been doing anything else. And I haven’t seen where anyone has offered any other plausible explanation… 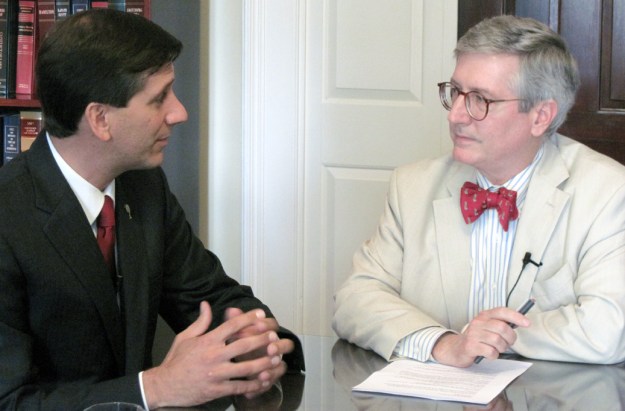