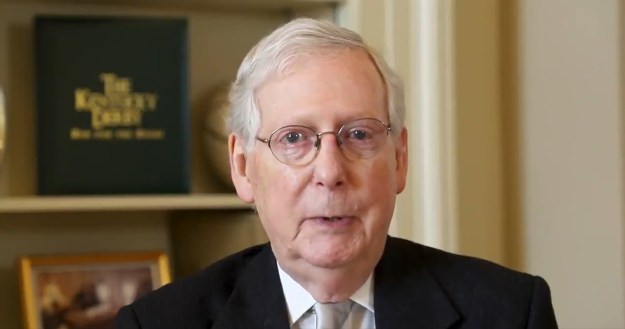 OK, so maybe I was a tad dismissive today when Mitch McConnell made his grand gesture…

Whoop-te-frickin’-do, Mitch. What a big, grown-up boy you are now… https://t.co/Qjldt1XBlm

I know it’s not helpful. I know having the top-ranking Republican in Congress congratulate Joe is better than not having him accept reality, even after all this time.

I know that Joe himself would not be so dismissive, because it’s his job, his mission, to pull our country back together. And he’s worked with this guy before, and might well be needing to work with him a lot in the future. And if I were Joe’s communications director or something, you’d see me striking a different tone.

But I’m not, so I indulged myself there.

Hey, I get it. Mitch didn’t do the right thing over a month ago because a) he knew it wouldn’t have deflected Trump’s nonsense, and b) he didn’t want to start an intraparty kerfuffle “that could hurt the party’s chances in two Georgia Senate runoffs and imperil must-pass legislation.”

He thinks he’s done the statesmanlike thing, you see.

But you know, I don’t give a damn about his Georgia runoffs. And I feel a great amount of disgust for anyone who would tolerate the determined efforts of the President of the United States to undermine our electoral system and our country just so he and his party can cling to power.

So it’s nice Mitch has donned his Big Boy Pants. But he should have pulled them up a long time ago…

20 thoughts on “Mitch puts on his Big Boy Pants”