I haven’t really paid all that much attention to the names Joe Biden has put forward for his administration, beyond just a glance as they come out to make sure they’re more or less in keeping with my expectations.

The big thing for me was to elect Joe — to make sure he got the nomination, and won the election. Beyond that, I completely trusted him to appoint good people, people of good character. People with qualifications. People who understood what the country is about, and what would be expected of them in their jobs. People who would not delight the left wing of the Democratic Party, or give the other party anything of substance to whine about.

People who would restore the country.

So I’ve just been going, “Uh-huh” and “Sounds good” as the announcements have come. 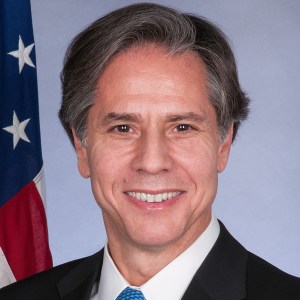 But today, I listened to “The Daily” while walking, and it was a fairly in-depth discussion about Antony Blinken — his background, his understanding of America’s role in the world and what of it needs to be restored, his history with Biden, the ways in which he both agrees and disagrees with the boss. All of it fit perfectly with what Biden will need in a secretary of State. The new president will be pretty tied up with covid and other domestic concerns at first, but the rest of the world can’t wait. They need to know America is back, and willing to join back in with constructive efforts to build a better world. And while the president is busy at home, they need someone who can speak for him and be known to speak for him.

And Blinken seems to fit the need perfectly.

I haven’t felt this good about anyone nominated for a position in government in a long, long time.

I would have been happy and satisfied with it not being Pompeo, and not being Susan Rice.

But Blinken sounds way better than that.

My expectations for the coming administration were high, but having listened to that, they are now just a bit higher. And that’s saying something, really, as much as I like Joe…