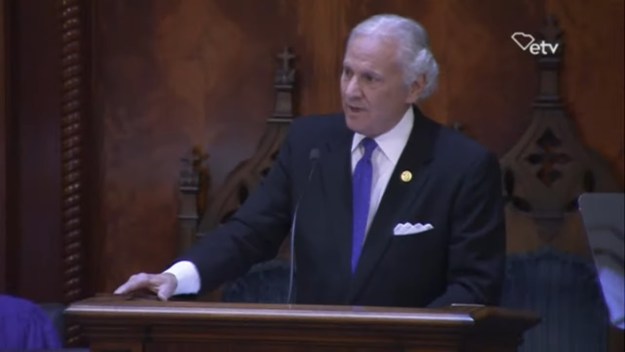 I sort of forgot about it, what with a POTUS getting impeached for the second time and all. And other stuff.

Normally, I’d want to watch and see what sort of excuses Henry is offering for his stewardship of our state, but I was busy and to the extent that I was aware of news, other things were shouting louder.

Once, those were Big Wednesdays for me. They took up a lot of my day and night. My colleagues and I would go to lunch at the governor’s house to be briefed on the speech and receive our copies, and then we’d go back to the office and read the copies and argue over it, then one of us would write the editorial, and the writer and I would stay at work through the speech that night to see if we needed to amend the edit before letting the page go. Which we sometimes did.

All this effort was fitting, since the overwhelming majority of what we wrote was about South Carolina and the issues before it.

But now… I’ve done what I could to help South Carolina get committed, rational leadership that actually cares about said issues — all those years on the editorial board, and those few months in 2018 more directly — and just kept running into the same brick walls. It’s hard even to get people to pay the slightest attention. And now I don’t have the soapbox I once did, so… I don’t follow every word said in SC politics the way I used to.

What about you? Tell me you hung on every word, and offer some cogent thoughts about what was said, and make me feel guilty for having missed it. Beyond that, I’m just curious: Was anyone paying attention?

9 thoughts on “Did anyone pay attention to the State of the State?”