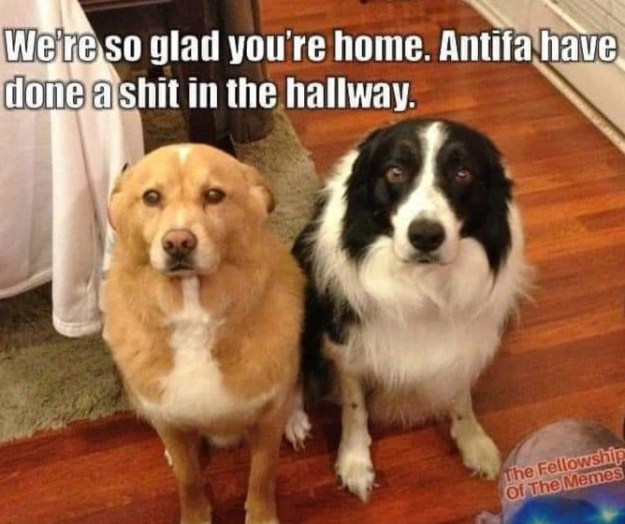 After the attack on the Capitol, I went to see what was being said on the Facebook page of a certain person who is, shall we say, an acquaintance.

There, I found reassurance. I told my wife, “You’ll be happy to know that the attack on the Capitol was NOT carried out by Trump supporters. It was Antifa.” I was so relieved that such an abomination wasn’t incited by a sitting president of the United States!

Along those same lines, I share with you the image I received today via text.

Yeah, I know the language violates my blog standards, but I’m giving them a break. Hey, they’re dogs. They don’t know any better…

2 thoughts on “Thanks for letting me know!”