Y’all know I’m a fan of Jaime Harrison, but I’m going to have to turn down his latest offer, which came today via email.

The message was headlined, “Brad’s 2021 DNC Membership Card,” and sure enough, down in the body of the email, there it was: 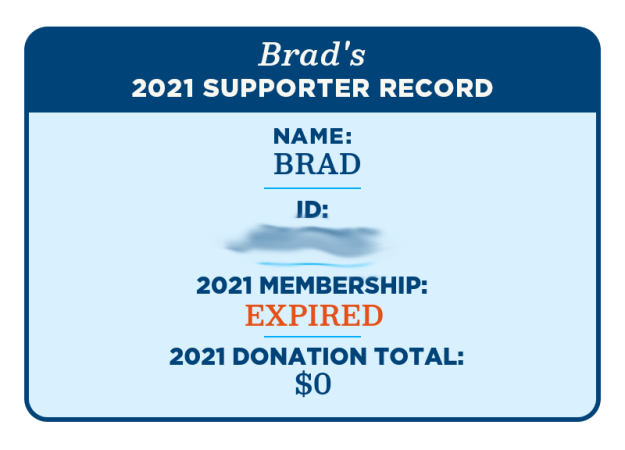 Note that even though it had to be a bogus, random bunch of characters, I smudged out the supposed “ID” number. I’ve never given a penny to the DNC, but I was worried they might actually have me on file (else why do I get these emails?) from having given to Jaime, or Joe Biden. Or maybe from that $5 I gave ex-astronaut Mike Kelly at the last minute last year. Or the very first contribution I made to anyone — that was Mandy Powers Norrell.

Because, you know, that’s something I started doing last year — giving (very small amounts) to candidates I like. And since I started doing it in 2020, the year that there wasn’t a single Republican I would vote for who had opposition, I only gave to Democrats.

But a membership card? Save that for the people who want one.

The email claims there have been 102,753 such people so far. Well, good for them. Obviously, you don’t need me…

10 thoughts on “A real DNC Membership Card? Thanks! But no thanks…”