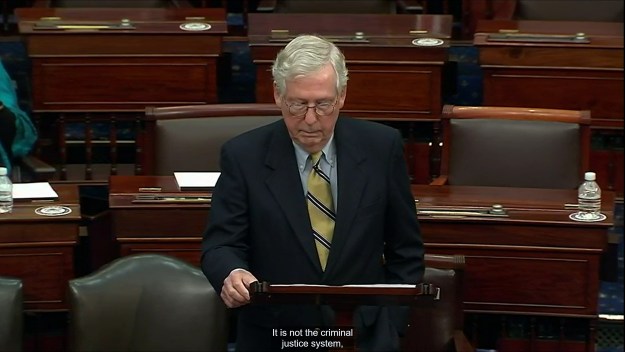 I guess not. Because in that system, we don’t say, “He’s clearly guilty, so let’s let him go.”

Well, the thing that we knew would happen happened Saturday.

I guess those in charge of the proceedings figured there was no point in dragging it out. Trump’s guilt of an unforgivable act was completely and unquestionably proved. But they knew the Republicans — most of them — were determined to endorse his evil, and would do so no matter how much evidence was presented. For that matter, why was evidence necessary at all? All of them had been there when it happened. And of course, some of them were accomplices.

A few things to point out, and I’ll leave it with y’all:

Anyway, that should be enough to get everybody started…

43 thoughts on “The Republican Party condemns itself completely”