I can think of nothing to say on this St. Patrick’s Day that isn’t said far better by this video.

The little girl is Emma Sophia, she’s 4 years old and she lives in Kinsale in County Cork. She’s become a bit of an Internet star during the pandemic, but as you see, it hasn’t spoiled her a bit. 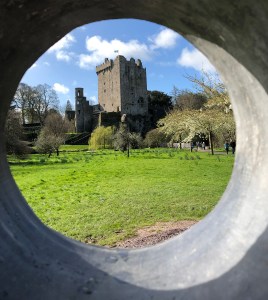 The rest of us haven’t had a proper St. Paddy celebration this year or the last, but here’s a picture from the one two years ago, which I spent in Waterford, Blarney and Killarney.

In fact, two pictures from that day — one taken of Blarney Castle, and the other of a tall fella I encountered in Killarney. The parade had just ended, and he was letting folks have their pictures taken with him. Looks like someone who’d be kind to Americans, doesn’t he? Don’t ask me to explain the costume on the lady posing with him. A man in the same garb was taking the picture — there had been a whole troop of them in the parade…

Actually, I now realize I shared these same pictures, or ones very like them, last year. Oh, well — this holiday is all about tradition, so I don’t mind repeating myself. Ignore me, and go back and listen to little Emma Sophia again… 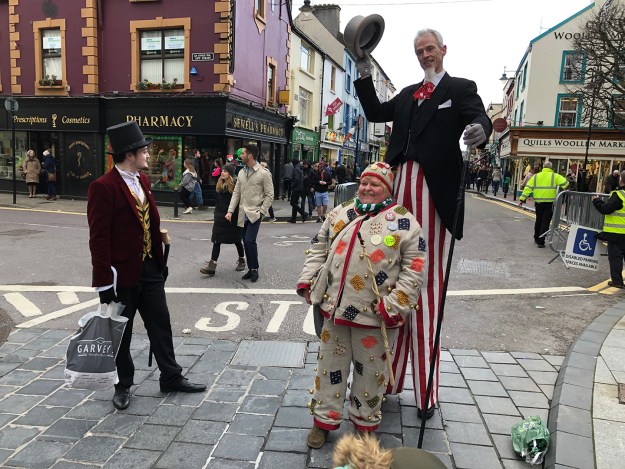