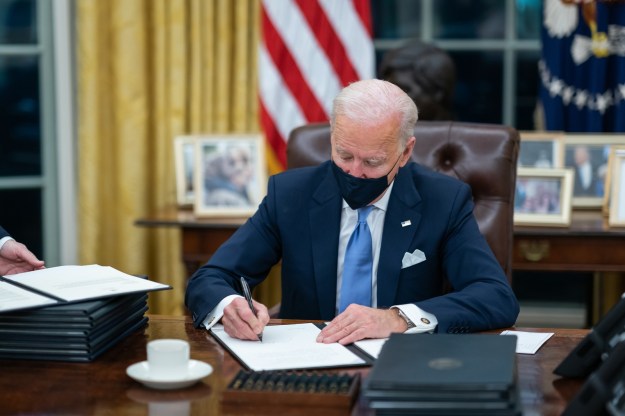 The mainstream media is bending backwards to depict the Atlanta mass shooting in a sexual massage parlor as a racially motivated crime. But they ignored completely suspect Robert Aaron Long’s own admission to the Cherokee Country Sheriff’s office that he was driven by sexual addiction…

— email I received yesterday, offering me a source to interview (I passed)

Those were the opening words to the email, which was a puzzler. Presumably, this offer of the wisdom of one “Dr. Erwin Lutzer, pastor of Moody Church in Chicago,” was going out to, you know, media people. In other words, people who are sick to death of idiots who say things like “The mainstream media is bending backwards to depict…” yadda, yadda.

Just so you know:

I could go on, but I won’t, except to say, one grows so very weary of this stuff. I mean, I’m sorry that so many people try to frame everything in Identity Politics, and that that offends you, “Dr.” Lutzer. But they do. It’s a huge, huge factor in politics today. I think it’s problematic, as I’ve said so many times before. And almost the only issue on which I agree with libertarians is “hate crime” legislation. Right now, there’s such a bill going through our Legislature — many people are terribly upset that we are one of only three states without such laws — and much back-and-forth about which categories of people are covered by it. I say, let’s forget it. Let’s punish the act, not the thought (beyond thoughts relevant to culpability, such as intent or premeditation). I guess I’ve read too much Orwell or something…

But whether “Dr.” Lutzer likes it or not, and no matter what I think, it’s out there, big-time. So of course it gets covered.

Now… rather than go further down that rathole, I will now get to my point….

Thomas Edsall had a great piece in The New York Times yesterday, headlined “Biden Wants No Part of the Culture War the G.O.P. Loves.” Which prompted me to tweet, simply in response to that hed, “One of many reasons why ⁦@JoeBiden is my main man, and has been for a long time. And finally, he’s in the right job…”

Edall writes about how Biden is out there actually running the government, and trying to address real problems facing the country, while the poor Republicans, as someone Edsall quotes puts it, “try to counter with stories about Dr. Seuss and Mr. Potato Head.” (Or, if you’re “Dr.” Lutzer, with yammering about how the danged “mainstream media” keep trying to cram dang-fool liberal notions into our poor, hard-working, innocent white heads…)

The second prong of Biden’s strategy is to lower the volume on culture war issues by refusing to engage — on the theory that in politics, silence saps attention — exemplified by the president’s two-month long refusal to hold a news conference in which the press, rather than the chief executive, determines what gets talked about.

The strategy of diverting attention from incendiary social issues is spreading.

“Taking their cues from a new president who steadfastly refuses to engage with or react to cultural provocations,” Democratic officeholders “have mostly kept their heads down and focused on passing legislation,” The Week’s Damon Linker wrote in “Will the G.O.P.’s culture war gambit blow up in its face?”…

I noted recently that someone here on the blog was objecting to Joe not having press conferences, something that hadn’t bothered me. I’ve been seeing him plenty, and I have a pretty good idea of what he thinks about things. And now that Edsall has pointed this out, I’m in no hurry for him to have one. Not because, as “Dr.” Lutzer would have it, them media are trying to fill my head with socialist notions, but because of an actual, real problem that afflicts reporters: They don’t have an agenda, except to serve the binary conflict model: If all the idiots in the chattering classes are talking about X, then by God, we’re not going to let this elected official get away with not “answering the hard questions” and declaring whether he’s FOR X or AGAINST it, so the half of the country on one side can clap and cheer, and the half on the other side can hate him for it. Because that’s the way the stupid game is played.

By the way, in case you’re confused, that approach arises from the opposite of being a purveyor of propaganda. It comes from seeing oneself as “fair” and “objective,” and refusing to think about the consequences of asking the question, because reporters aren’t supposed to think about, much less seek, outcomes. So if you want to kick reporters, kick them for that.

Finally, we again have a president who is interested in governing (and know how to do it), rather than encouraging more ranting along the lines of, As a member of X group, I’m really worked up, and I truly despise you people in Y group who disagree with me…

Joe is governing for the members of ALL groups, and even those of us who resist such categorization, and he’s doing pretty well at it.

And I, for one, am quite pleased…

10 thoughts on “Joe Biden tries to lead us away from the Culture Wars, bless him”