I assure you I didn’t read this story this morning, but the headline did grab me: 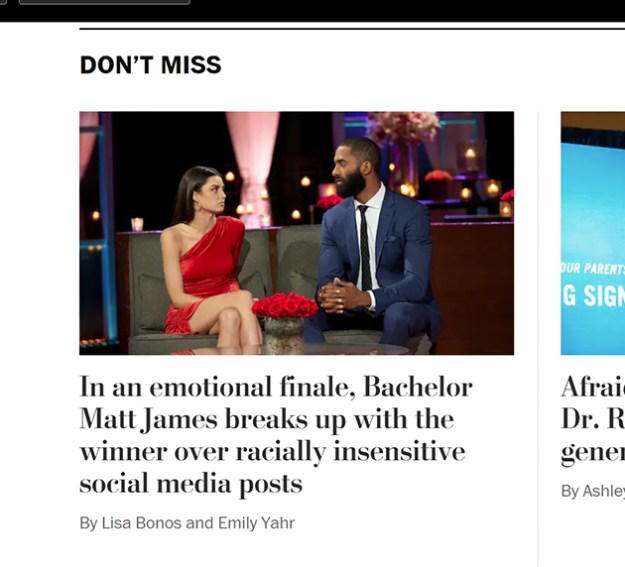 That headline should go into a time capsule — if people still do time capsules (actually, why would they, when Future People should be able to check out our times, digitally, in excruciating detail, the poor creatures?).

Talk about quickly summing up the ills and obsessions of our culture in 2021: “In an emotional finale, Bachelor Matt James breaks up with the winner over racially insensitive social media posts.” Admittedly, it doesn’t get everything in, but hey, give it a break! It’s just a headline. And for a humble headline, give it credit. It works in:

Anyway, that’s what I thought when I saw that headline. So congratulations, headline writer. You encapsulated our times as neatly as a Nashville songwriter sums up country music in a song titled, “My Woman Done Left me and Took My Dog, and I’m Drinking My Sorrows Away.” No, wait, I forgot to work my pickup truck into that…