I raise that question because a neighborhood in walking distance of my house — I walked through there yesterday, and took the picture above — forbids political signs. “Stop,” indeed.

Which offends me, of course, since I’ve only recently been in a position to express my views that way. You can’t do that when you’re a newspaper editor. You have to stay out of the fray. But in 2018, I decided to get in it, and the idea of some neighborhood association telling me I can’t rubs me the wrong way.

Make no mistake — the members of that association are perfectly free to make this rule. The Constitution says “Congress shall make no law… abridging the freedom of speech….” It says nothing about HOAs. Or about newspapers, with their ethics rules.

You are free to decide whether you want to live in such a neighborhood, and be governed by such rules. In this case, a neighborhood so dedicated to maintaining its sterile purity that the application of “pre-emergents” is coordinated. No weeds. And no having our tranquility disturbed by political expression.

Not that it’s the best form of political expression. In its black-and-white, for-this-one-or-that-one simplicity, it shares some of the limitations of chanting at a political demonstration, which you know I’m not crazy about. But I see it as an adjunct to more-developed forms, such as the essay, or my blog, or all those years of editorial- and column-writing, which have allowed me to develop ideas more fully.

And I think it’s important for my neighbors in my Republican precinct to see that several of their neighbors are willing to take this stand.

Speaking of which, I was pleased to see this expansion of expression in one neighbors’ yard (see below). This yard is one of those I’ve mentioned previously that had a sign for Jaime, but not one for Joe. Now, as you see, they’ve added one for Joe (perhaps they were on a waiting list to get it, as I see this one has “Harris” on it, unlike my vintage primary signs).

And it has one for Adair, too! That should please Sally, who asked me why I didn’t have one of those. (My short answer is that I plan to vote for her, and I don’t mind saying so, but that my commitment doesn’t have quite the same black-and-white quality of the Biden and Harrison choices. Here’s the long answer.)

I’m glad people are expressing their views in my neighborhood. So I prefer to live here, with our opinions and our weeds and all.

Oh, and by the way… the yards like this one are few. There are five now that I know of, counting mine. Four that I pass regularly, and the other day a woman stopped to tell my wife she appreciates our signs because not many people see hers on the side street where she lives. (Indeed, on the high corner where I live, the signs are about as visible as you get in this neighborhood.)

And so far, I’ve seen none for Trump, or Lindsey. I expect that to change, but so far it’s been nice to keep seeing such a trend. Actually, I almost hate to mention it, since we have a no-hitter going so far… 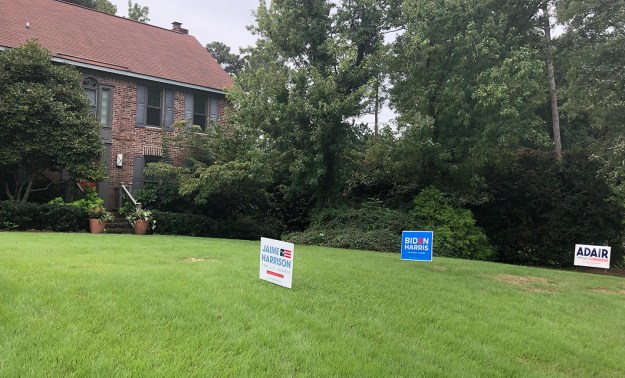 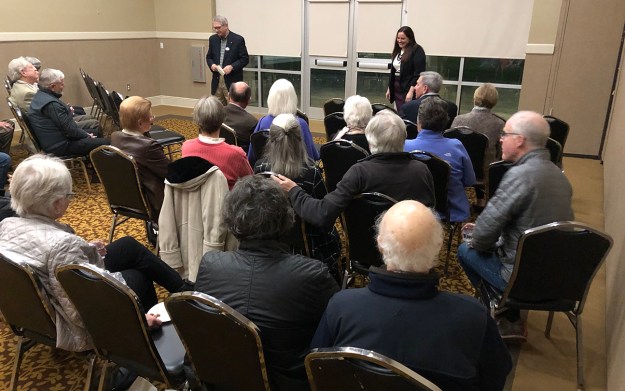 Several days back, I got an invitation to a political event from Mark Huguley, mayor of Arcadia Lakes and former top official at SLED. And I set it aside to read later, thinking maybe it would be something I’d go to. Then I received the same message again, forwarded to me by his wife Sally, my longtime colleague and friend, and decided I’d best pay attention.

So it was that I ended up last night at a gathering for Adair Ford Boroughs, a Democrat who is seeking to unseat Congressman-for-Life Joe Wilson in the 2nd District.

I’ve mentioned her here before, favorably, and I heard nothing last night to change my mind. How could Brad possibly support someone for Congress who has never held elected office before? Simple: I’ve been watching Joe for more than three decades, and I haven’t seen any indication that his time in office has made him a better legislator. And I’m impressed by this young woman’s intelligence and good intentions. I could be wrong, but I think it’s a pretty safe bet that she’d do a better job.

I’d show you video, but, well… I sat up on the front row and started to shoot some. But a) I realized that while this wasn’t overtly a fund-raiser, it was a similar sort of event, and I was probably making her staff guy in the back uncomfortable because they hate to see video shot at such events, b) I was shooting up at her from below (as with Obama here, only more so) as she stood above me, and I have back in 2018 that one always shoots ladies from above, and c) I was getting tired of holding it up, so I stopped.

But I recommend her campaign video, which I’ve shown here before. In it, you will learn that in his 18 years in Congress, Joe Wilson has gotten one bill passed — to rename a post office. That’s where my headline comes from.

Of course, this is not necessarily a reflection on Joe’s effectiveness as a legislator, because I’ve always assumed his do-nothing approach was completely intentional. He’s following in the footsteps of 2nd-District predecessor Floyd Spence, who in turn followed the Strom Thurmond approach: Don’t legislate; it might bother people. Concentrate on constituent service, and you can hold the office for the rest of your life. 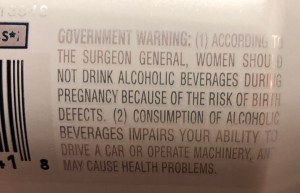 (In Memphis back on Thanksgiving, I mentioned to a brother-in-law the fact that to my memory, Strom only got one law passed during the years I was responsible for covering him: the one putting health warnings on bottles and cans of alcohol. My brother-in-law said he had never noticed such labels. I pulled a beer out of the bin of ice out on the patio and showed him. I don’t think he was impressed, but hey, it’s bigger than renaming a post office.)

I only got a chance to ask one question of the candidate before the speaking started, and it was to ask whether we were still in the congressional district, way out northeast at the Jewish Community Center. And she and her staff guy assured me we were. Those GOP gerrymanders just went all over the place to draw white people into Joe’s district, and black people into Jim Clyburn’s.

But am I ever going to report on anything that was said last night beyond that? Yes, and it’s a partial answer to the one big question that matters: Does she have a chance? I’ve been watching Democrats dash themselves to pieces on the mathematical impossibility of this district ever since I saw Jim Leventis win all the early counties on election night in 1988, only to be sunk by Lexington when it came in.

So, is she viable? Well, y’all know I don’t normally pay much attention to fund-raising, but I think it’s relevant that she has far outraised expectations and set new records.

I hate talking about money, but in this case, I’d say that’s a good sign for her candidacy.

I hope so, because I believe she’d be an improvement. 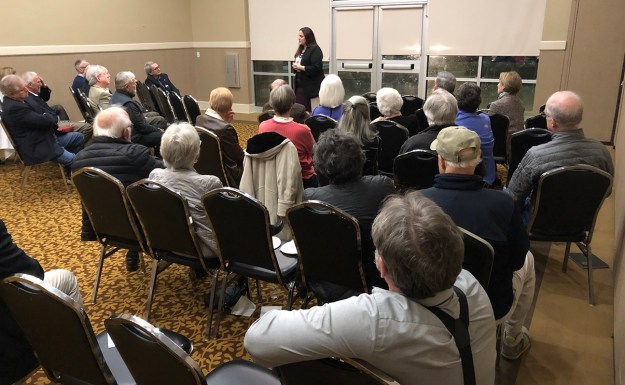