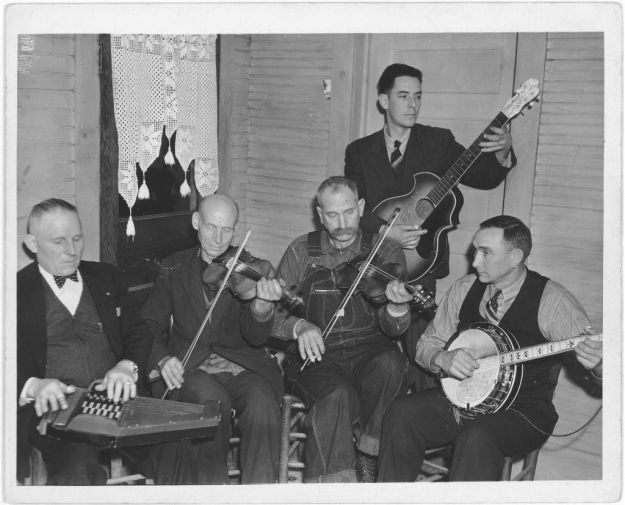 Actually, this is NOT the legendary Cotton Pigue Mentality. It’s The Bog Trotters Band, back in 1937. I just needed a Bluegrass picture that was old-timey.

This is a way, way inside joke, but I thought I’d share it as an illustration of how things don’t change much.

Back in the late ’70s or early ’80s, when I was working at The Jackson (TN) Sun, a judge in a nearby county had a case before him that seemed designed to reinforce every right-winger’s nightmare stereotype of the Welfare Queen. A poor black woman had a houseful of kids, and a couple of her daughters had several of their own. All told, there were about 20 people in the household, if I remember correctly — all women and children.

I forget why they were before him. What I recall is that this old white guy (he was not much older than I am now, but back then he seemed ancient) decided to lecture these women and tell them they needed to stop having children out of wedlock. The judge’s name was “Cotton” Pigue.

It caused a bit of a sensation in West Tennessee when that was reported, and as you might imagine, while some had a “You tell ’em!” reaction, others were quite critical of the judge having overstepped the bounds of his job description.

We were discussing it in the tiny editorial office of the paper, as I recall, when a woman said something disparaging about how certain people needed to get over this “Cotton Pigue mentality.”

My good friend Richard Crowson, the paper’s editorial cartoonist and the best bluegrass picker I’ve ever known, got excited: That was the perfect name for a Bluegrass band! The Cotton Pigue Mentality! I don’t think he actually ever named any of the groups he played in that, but it was a memorable inspiration.

Anyway, after not having been heard from in years — no albums, no tours — it seems the Mentality has made a comeback. In Tennessee, appropriately enough:

Judge to inmates: Get sterilized and I’ll shave off jail time

A judge in central Tennessee is hoping to help repeat offenders “make something of themselves” by offering them a highly original and probably unconstitutional deal: reduced jail time in exchange for sterilization operations.

Under a standing order issued by General Sessions Judge Sam Benningfield, inmates in White County, Tenn., can receive 30 days credit toward their jail time if they volunteer for vasectomies or contraceptive implants, as NewsChannel 5 reported Thursday.

The order came down quietly in May, and already dozens of inmates have sought to take advantage of it. Thirty-two women have received implants of the hormone device Nexplanon, and 38 men have signed up to receive vasectomies, according to NewsChannel 5….

The Cotton Pigue Mentality lives! I can’t wait for to hear them when they come to town — just for old times’ sake… 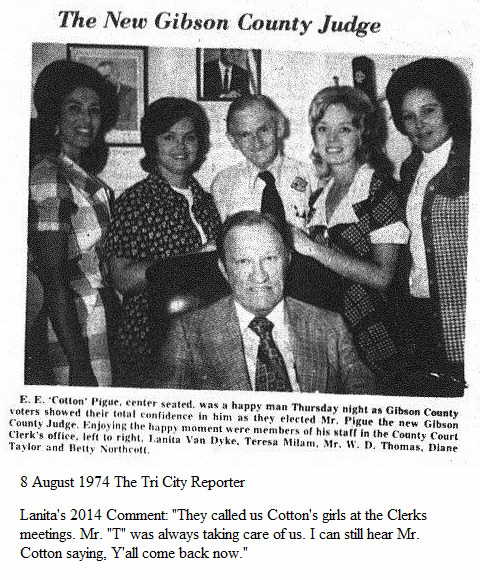