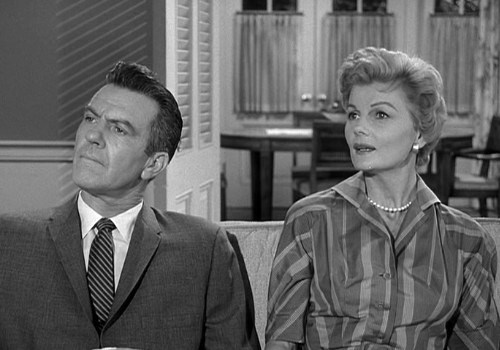 The ATV discussion caused me to invoke the Grownup Party (which was my third effort to start my own party, after the UnParty and the Energy Party), which caused me to go back and reread the party’s founding document, and I think this passage is always good to keep in mind:

Which brings us to something else about Grownups — they understand that in America, the government is us, rather than being some menacing thing out there, and that we’re very fortunate to live in this country at this time rather than in Russia under the czars — or under Vladimir Putin, for that matter. And we’re especially fortunate not to live in a place where there is no government, such as Somalia under the warlords.
When the government does something we don’t like — which is pretty often, political immaturity being rampant — we don’t stamp our feet and talk about taking our ball (or  taxes, or whatever) and going home. Instead, we take responsibility for it, and try to bring it along. Yes, it’s a thankless task, like picking up after one’s children, or explaining to them why they can’t stay out late with their friends. But someone has to do it.
The task may seem hopeless as well — but only to the sort who gives up. Grownups know they don’t have that option, so they keep putting forth ideas that make sense, day after day, just like Daddy  going to work…

Amen to that. The Founder of the Grownup Party knows what he’s on about…

Or something. I was trying to play on this saying. Not sure it worked.

Anyway, this being the official blog of the UnParty, I wanted to further explore a discussion of moderation that began with this comment by Bud:

Here are some other issues I regard as extreme:

Some folks would see some, or all, of these positions as moderate, mainstream issues. Some would find the opposite view (from mine) as the extremist position. So I’m not sure the label “extremist” is particularly meaningful.

I liked that challenge to further explore our respective concepts of moderation. I decided to set out my own thoughts, briefly, on those issues, as a political “moderate.” (Still not sure that’s the right word, but it’s the one we were using at the moment.) Here was my response, slightly edited for this separate post:

1. Warrantless wire tapping — You need to define your terms more clearly. “Wiretap” is a 20th century word that gets kind of mushy in a wireless world. I’m thinking you’re probably referring to the scanning of billions of communications in a process that is actually closer (as I understand it) to another old term (while not being at all the same thing): “traffic analysis.” Certain patterns are looked for, and if they emerge, zeroed in on. This is for me a huge gray area. If you’re referring to the kind of large-scale scanning of communications under the Patriot Act, I generally can live with it. If you’re talking about actually entering someone’s home, or even directly accessing someone’s personal computer remotely, I think the 4th Amendment kicks in and there should probably be a warrant. But at the same time, all sorts of private companies access your data remotely without a warrant, so these are things that require constant rethinking. Our political thinking hasn’t caught up with the technology.
2. War on drugs, especially marijuana — As we’ve discussed before, I disagree. All mind-altering drugs should be controlled, to some degree, including alcohol and nicotine. To the extent that we can keep out of wide circulation drugs that don’t have the same cultural foothold as alcohol, it’s a worthy goal.
3. Iraq war — I was for the invasion, like people across the political spectrum. Once committed, I couldn’t see even thinking about withdrawing until a reasonable level of stability was achieved. (If you break it, you’re responsible.) I was not in favor of the way Bush and Rumsfeld handled the situation after the actual toppling of the Ba’athist regime. I think we got back on the right course when Petraeus took over. I’m concerned and torn about the pending withdrawal.
3. Support for Green Diamond — I’m with you there, although not adamantly. It’s not something I would have done, but I was ambivalent as to whether those developers should have been allowed to try it. On the one had, it was their risk to take. On the other, there was the risk of flooding on the other side of the river and downstream — the latter outweighs the former, which is why I say I’m with you.
4. Outlawing video poker — By the end, it was such a corrupting influence on the State House that that was the only way. It had to go. I’ve explained in the past the trajectory of that issue, until it was plain to people on both sides of the political aisle that the video poker industry was incapable of being a good “citizen,” and banning it was the only solution. Everything else had been tried.
5. Blue Laws — I disagree completely. Ours was a more civilized culture when there was a day that things calmed down and commerce ceased. I realize many people across the spectrum disagree with me on this. I’ve never seen it as worth having a fight about either way, but if you ask me my preference, it’s opposed to rescinding such laws.
6. Tax exemption for mortgage on second homes — I’m with you. Frankly, I’m not entirely convinced we should have it on first homes. I wouldn’t campaign to get rid of it, though.
7. Allowing the drilling for oil in deepwater (over 5000 ft) — I don’t know how you pick that number. Seems arbitrary. Accidents can happen at 4,000 ft., too. The answer isn’t a number, it seems to me, but rather proper safeguards. Bottom line, I want drilling wherever it can be done safely (within a reasonable doubt), because our economy needs the oil until we develop alternative sources on a sufficient scale, and we desperately need to wean ourselves off unstable foreign sources.
8. Banning of abortion with exceptions for rape and incest — The only exemption for me would be the mother’s life. Only a life can balance out a life. And a life in which many other lives are already invested has precedence.
9. Expansion of nuclear power — Such expansion is essential. Our best option at this time to wean ourselves off fossil fuels (just to use transportation as an example) is to move to electric cars, and the cleanest, safest source for that electricity is nuclear. We are capable of building safe plants.
10. Allowing prayer in public schools — Ambivalent. I can’t see taking up the cudgels for either side in this debate. Just another one of those things culture warriors like to fight about, and I am neutral. Prayer in the schools is harmless, but at the same time I respect the goal of keeping public schools secular. Have prayer or don’t, society would be fine. Oh, and I assume we’re talking officially sanctioned prayer. Of course any individual or group of individuals is perfectly free to pray anywhere.

On that last one — if you look back at the rules that Dick Riley promulgated on this issue when he was Bill Clinton’s secretary of education, you’ll see a good, moderate response to the prayer issue. It was a response that wouldn’t be entirely satisfactory to either side in the culture war, but it was fine to a moderate.

By the way, I also thought “Don’t Ask, Don’t Tell” was a great moderate response. That also, as you recall, was a Third Way course taken by Clinton. But of course, culture warriors on both sides wanted total victory.

And on abortion, I very much appreciate the initiative by members of Congress on both sides of the issue to work together to make abortion more rare. That’s something both sides say they want, and it’s far better to work on that than to keep shouting at each other. That actually has a point to it. E.J. Dionne mentioned that in his speech the other night, by the way…