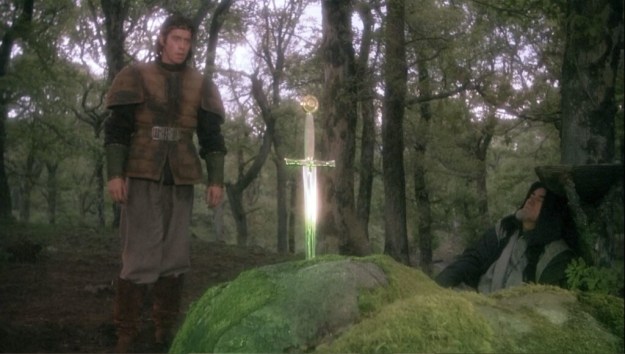 Arthur meets his destiny in “Excalibur.”

My eye fell across my blogroll — way down there on the right-hand rail, below the little box that shows my most recent Tweets — and I was thinking, “Probably time to go through that and see if anything should be removed, or added.” I do that about every five years, whether I need to or not.

There I saw the link to my high school friend Burl Burlingame‘s “Honolulu Agonizer,” and I felt a pang of loss. As you know, we lost him suddenly almost two years ago. I also knew that in the last few years before his death, he had sort of lost interest in his blog, and had seldom posted.

I went to see, thinking I’d probably leave the link up anyway, assuming the blog was still there. That blog helped me reconnect with Burl after 38 years or so. I had been so glad to find it, and to get to correspond with him and reflect the more or less parallel tracks our lives had followed, as newspapermen and then bloggers. You’ll see the Agonizer mentioned in what I think was the first post on my blog in which I mentioned Burl. That was in 2009. From then on, he joined our conversation here periodically.

So I looked at his old blog, and found myself delighted.

In the last couple of months before he died, Burl had inadvertently given us a parting gift — he had posted some of his movie reviews, and other pieces he’d written, from over the years. I guess they were favorites of his, but I can’t ask him, so I don’t know. Maybe something had just come up that made him think of something he’d written long before, and since he’d looked it up, he posted it.

The thing about being a old newspaperman is, the stuff you wrote back before everything was archived electronically can feel sort of dreamlike, lost in the mists of time: Did I really write that? What did I say exactly? So if you go back and dig it up, perhaps as a tattered, brownish clipping from a moldering cardboard box in the garage, it’s natural to decide to put it out in the sun here in the Brave New World, and let others look it over. Make it clickable, so to speak.

(After a couple of my kids learned that I reviewed the original “Star Wars” for my paper, they told me they wanted to read it. They asked me years ago. I’m pretty sure it’s in a box somewhere in the garage, or the attic, and I’d love to share it with them. But I don’t know where to start…)

I think Burl may have physically retyped these from paper versions, because I’ve run across a word or two that he missed in his haste, and I doubt they were originally published that way. In any case, I appreciate him taking the trouble.

There are only six pieces, but I enjoyed them. And you should know that one of them was termed, by a writer for Vogue and The New Yorker, as “The Greatest Movie Review Ever Written.”

As to my favorite, it’s a tough call between his reviews of “Excalibur” and “The Final Countdown.” But so that they might be shared with y’all as well, here’s the full list, as he reposted them, the most recent on top, blog-style:

After those six items Burl posted in those last couple of months, the most recent thing you see is a review of “Dunkirk” from 2017, posted when it was first published.

Anyway, enjoy them. I’m pretty sure Burl would have wanted you to. I certainly did. 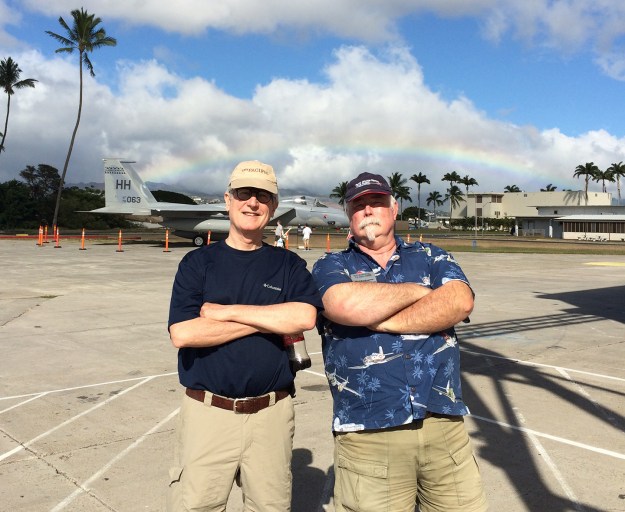