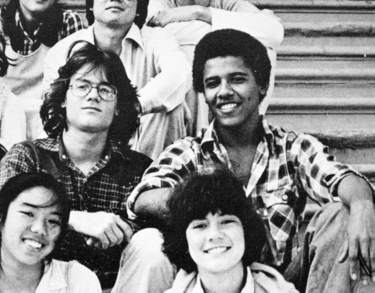 By BRAD WARTHEN
EDITORIAL PAGE EDITOR
One day when I was on the Radford High School track team in Hawaii, I was watching a race from the sidelines, which is where I spent my entire brief track career. A teammate was pulling away from the other schools’ runners. Two other teammates standing near me, both Hawaiians, got very excited.
“Look at that haole run!” one cried.
The other boy corrected him: “He’s not a haole.” A haole, you see, was someone who looked like me. The runner who was winning the race was of African descent.
The first speaker paused a second before happily shouting, “Look at that black Hawaiian run!” With that, his pedantic friend enthusiastically agreed.
I’ve recalled that scene many times in recent months, as Barack Obama won a hard-fought campaign for the Democratic nomination, and proceeded to the point that he is poised to become president of the United States, barring a turnaround in both the economy and the political competence of his opposition.
Whenever I hear people speak breathlessly of his becoming the first black president, I think no, that’s not quite right. I don’t think of him that way. The details I know about him and his life just don’t add up to the description of “black man,” in terms of what that means here on the mainland.
I’ve said that several times, and each time, someone will demand to know what I mean. I have two answers to that. The first is short and simple: He has no ancestors who were brought to America in chains as slaves. Not one. That separates him from the entire American narrative of race.
This very long, rather complicated column is my other answer. This is who I think Barack Obama is, to the extent that you force me to categorize him ethnically.
First, I don’t want to do that. I don’t like doing that with anybody, and I like doing it even less in this case. I can look at John McCain and agree with you that he’s a white guy — a fact to which I attach no importance, but an easy one to agree upon and then set aside. But the Barack Obama who drew my support and that of my colleagues in the South Carolina primary is a person who — at least in my mind — defies such simple categorization. I don’t think of him as a white man or a black man. I think of him as the man who inspired a transported, ecstatic crowd in Columbia, S.C., to chant “Race doesn’t matter!” on the magical night of his victory.
Hard-headed pragmatists will point out to me that this man I see as the post-racial ideal won with more than three-quarters of the black vote that day in January, and that many of those voters were very excited about voting for him as a black man. This is true. But it is also true that a month or two earlier, most of those same voters had been expected to support Hillary Clinton. And while part of it was that they thought that as a black man he had no chance, part of it was also rooted in the oft-repeated charge that Sen. Obama was not “black enough.” The first excuse vanished when he won in lily-white Iowa. The second was no longer mentioned, although it remains as accurate as ever, if you consider a certain amount of “blackness” as being necessary. Which I don’t.
The thing that has struck me over and over is that in some ways Sen. Obama has as much in common with me as with the average black American voter. Hence the headline of this column, obviously drawn from the iconic book about a white man who tried to experience life as a black man, Black Like Me. You might think me presumptuous. But presumptuousness is but one trait I believe I have in common with the candidate. Some might call it “audacity.”
Granted, the fact that both of us graduated from high school on the island of Oahu is a thin commonality, but it’s a telling one. It’s certainly more significant than the coincidence that I once lived in his grandparents’ hometown of Wichita. There are important differences in our Hawaiian narratives, of course. He went to Punahou, a posh private school; Radford was public. I only attended the 12th grade there; he grew up there.
That is, he grew up there when he wasn’t living for several years in Djakarta, Indonesia. I also lived in 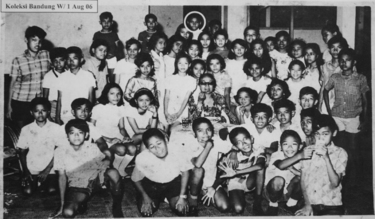